Join the fast-paced racing competition in VR with V-RACER HOVERBIKE ! Ever wanted to ride a futuristic motorbike floating over the ground, fully loaded with lethal weapons? Well, we've got you covered! 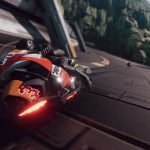 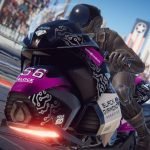 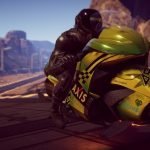 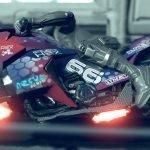 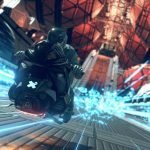 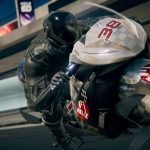 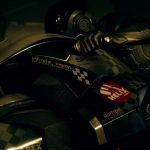 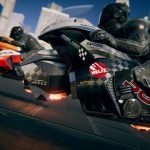 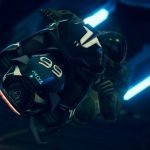 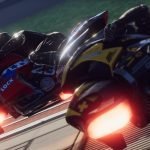 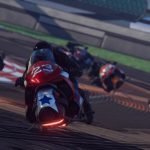 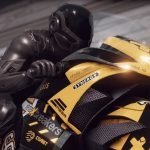 Join the fast-paced racing competition in VR with V-RACER HOVERBIKE !

Ever wanted to ride a futuristic motorbike floating over the ground, fully loaded with lethal weapons? Well, we've got you covered!
Put on your VR Headset and hit the track!
Challenge your friends in time-trial mode and weekly challenges with online ghosts, race against bots in a fun shooting feast, or play play online in multiplayer with up to six racers.

V-RACER HOVERBIKE was designed for VR from the ground up. It's not a port. It can't be played without a headset, as the control system is VR-only.

From quiet highlands to arid desert mining facility planet, to mega-city planet, you'll race over the galaxy to become the fastest rider of the universe. Will you master the hardest tracks of saturn rings ?

You'll also be able to race on popular Earth tracks from the 20th century, built when cars and bikes still had wheels.

Early access started with 4 tracks, we now have 16 available and 8 more in an advanced production state. Simple tracks are fairly flat, making them comfortable for anyone in VR, and easy to learn. More advanced ones include bends, hills and loops. For players looking for extreme sensations, we will shortly have jumps. For Sim racers, we have six GP tracks, ideal for time trials.

- TIME TRIAL with online leaderboards : race against your friend's ghost and beat them on the finish line, or go up against world top leaderboard players.
- COMBAT RACE: race against bots, pick up weapons including mines and missiles, and clear your way to the finish line.
- MULTIPLAYER: challenge your friends online in real-time in a race where all hell breaks loose (currently available every weekend)

Early access started with missiles and mines. Since then we added homing missiles, killer drone, EMP wave and eye gun.
We're eager to hear the crazy ideas the community can come up with for more weapons.

The photo mode lets you pause the race at any time and get on the track to frame some amazing shots of your bike in action, tweak visual fx like depth of field or exposure, and post the result on your steam account

Make your bike shine with the livery editor. Choose paint colors, add decals and texts, all in a full VR editor.

- TRACKS: more tracks coming on a regular basis
- WEAPONS: based on community feedback, we will include more weapons to the combat race experience
- CAREER MODE: participate in championships, win stars and XP, and get rewarded for achievements