Zero Caliber is a military FPS developed exclusively for VR. Customize your weapons on-the-fly, fight alongside your friends in Co-op (PvP coming soon!) and use your tactical skills to accomplish the mission: saving humanity! Engaging story, realistic weapon handling and physics in an immersive environment! 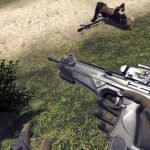 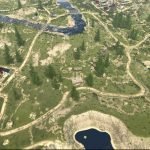 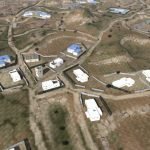 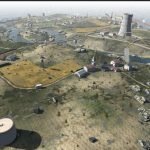 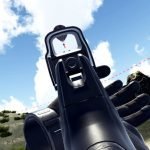 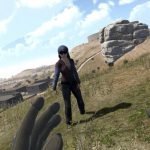 Stand Out is the ultimate fight for your life. You will be parachuted on a wide island and you will have to explore your surroundings to find weapons and equipment to fight for your survival. Use vehicles to move faster and keep an eye on the deadly barrier that shrinks the battleground during the game and forces the players to murder each other. Only one will remain.

We designed the game to be the ultimate VR fighting competition. It features a wide choice of weapons fitting all fighting styles, from blades to sniper rifles. The 3 maps based on real places offer epic combat situations in forests, plains, abandoned towns, a nuclear site and many more.

You will have to crawl through trenches to avoid enemy fire, climb up ruins to get a clear line of sight, chase your opponents in furious gunfights between motorcycles and cars on steep mountain roads. You will have to do whatever it takes to win this merciless fight.

Die, learn, and improve to finally be the last man standing.

this Is Battle Royale.

Doctor Who: The Edge Of Time